For the treatment for cancer and other diseases using high-intensity focused
ultrasound (HIFU).
What is HIFU?

HIFU is a cutting edge treatment that results in necrosis of cancer tissue after applying high-intensity focused ultrasound (HIFU) energy to a focused area with the action of thermal energy and cavitation.

For a long time, ultrasound has been playing an important role in diagnosis, but these days it’s role has also expanded to include treatment. With the advancement of imaging technology, HIFU makes highly effective to destroy migrating cancer cells without surgery. Therefore, HIFU can be considered as ultrasonic version of three dimentional radiation such as cyber knife and gamma knife. 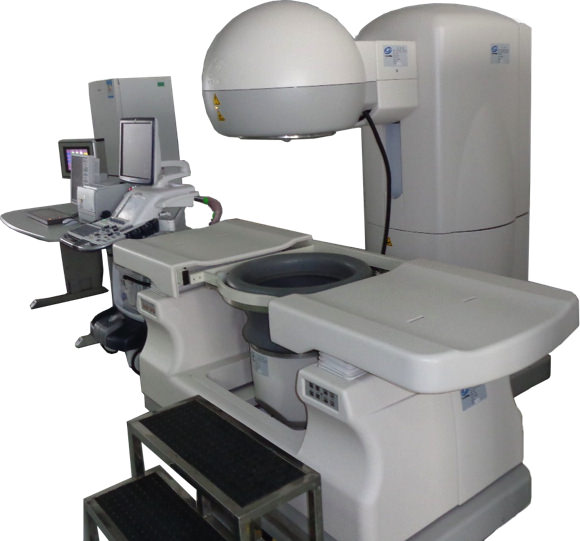 HIFU treatment device was first developed for transrectal ultrasound biopsy. And then the new treatment has been experimenting from outside the body by HIFU. In our clinic, we use the Ultrasound-guided 3rd generation FEP-BY02 HIFU Tumor Therapy System.

Using the ultrasound imagining part of the HIFU device it is possible to observe damaged areas in real time. This ability can also make follow-up screening easy and it is considered a big benefit that the damaged areas in abdominal organs, which are usually in motion, can be easily screened.

Our FEP‐BY02 HIFU is a fixed focus device focusing 251 ultrasonic transmission elements at 1.1 MHz lined up on 37 cm spherical body.

Many of HIFU is applied only from below whereas the HIFU which our clinic uses is possible to be applied both from above and below by using two devices.

For liver cancer and pancreatic cancer, it is actually applied about 99 % from above in order to be treated highly precisely. It takes time to treat and it is also difficult to target the area if applied only from below.

Mechanism of the treatment

HIFU is a medical procedure which focuses ultrasound with high intensity inside of the body which results in necrosis of cancer tissue by way of thermal energy and cavitation.

HIFU destroys the size with 3 mm x 3 mm x 10 mm of cancer cells by a few second single dose irradiation which is generated by thermal energy on the targetted area.

The area which is irradiated by a single dose is limited to 3 mm x 3 mm x 10 mm.

Repositioning and repeated irradiation is used to cover a larger area to destroy all of the tumor area. The cancer cells are destroyed by repeatedly being irradiated.

When ultrasound with the temperature of over 60 °C (140 °F) is applied to cancer cells for a few seconds, the cancer tissue will be coagulated and destroyed.

Ultrasound also generates a non-thermal effects which is called cavitation. Cavitation is the phenomenon by which air bubbles are generated when ultrasound is spotted. The shock wave generated when air bubbles burst or micro jet stream is also considered to kill cancer cells.

The energy level of HIFU is about 1000 times as big as ultrasound device for imaging. But compared to proton beam, x-ray or CT, it is extremely low and so it is said to be fairly safe. And there is no worry about radiation exposure.

The targeted area by a single irradiation is only limited to 3 mm x 3 mm x 10 mm. If there are cancer cells in the internal organ near the skin, it will cause skin burn due to skin temperature raised. So our FEP‐BY02 HIFU adopts the transducer with large diameter, and the safety is enhanced by widening the angle of incidence by 80 degrees.

In general, it takes about 1 hour and 30 minutes for a single treatment, which is performed 1 or 2 times.

Anaesthetic is not usually applied. This is a treatment uses ultrasound energy, so there is no limitation as with the use of radiation. HIFU treatment can be used repeatedly because there is no risk of radiation exposure.

Depending on the size and location of the cancer, various treatment will be examined, and generally, hospitalization is not required. But the contents of treatment, the dose and the need for hospitalization will vary depending on each patient’s medical condition.

The significance of HIFU treatment for Hepatocellular carcinoma (HCC)

The significant use of Gd-EOB-DAPT MRI has enabled us to detect Hepatocellular carcinoma (HCC), the most common type of liver cancer, at earlier stage, which used to be difficult to be detected with dynamic CT. So the prompt measures for the treatment are being required. Under the circumstances, HIFU has made it possible to treat a patient with liver cancer of 1-2 cm big for about 1 hour without hospitalization. HIFU will be considered to be one of the leading treatments for HCC in Japan. 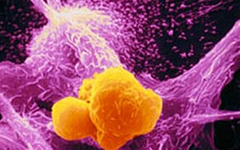 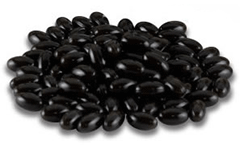